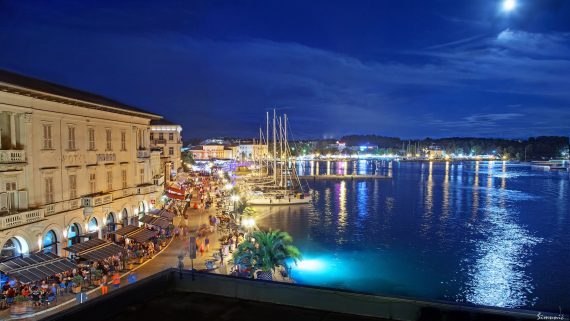 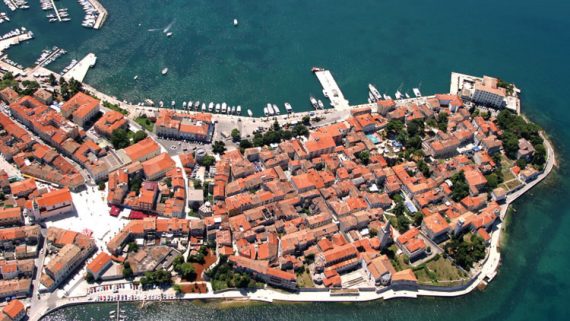 If you are looking for activity, remarkable experiences and rich cultural heritage, Poreč with its 100 years of experience in hospitality and supreme tourist offer, is the place for you. Be sure not to miss the numerous parties organized in tourist villages and the town’s center. There are beach clubs, coffee bars, and after midnight you can enjoy the pleasant atmosphere of night bars and discos. Nothing but fun from sunset till sunrise! 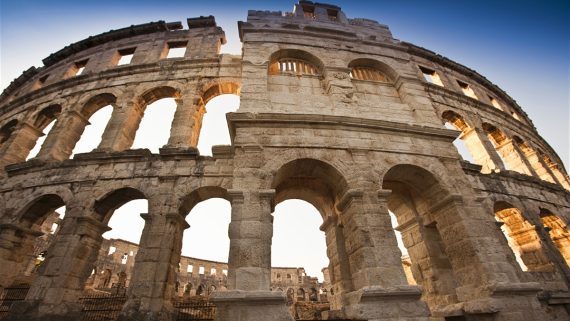 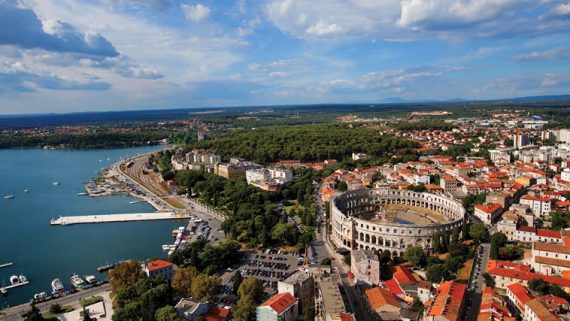 Welcome to the 3000 years of history! The history of Pula-Pola starts with the myth of the Argonauts and the search for the Golden Fleece. It was the home of the Histrians, the Romans and the Venetians. Once the central Austrian port, today it is the largest cultural and economic center of Istria. Various layers of history took part in the making of this unique town in which Roman temples defy baroque palaces, early Christian churches stand face to face to Austrian villas, and the remnants of mediaeval walls are cut through by antique town gates. 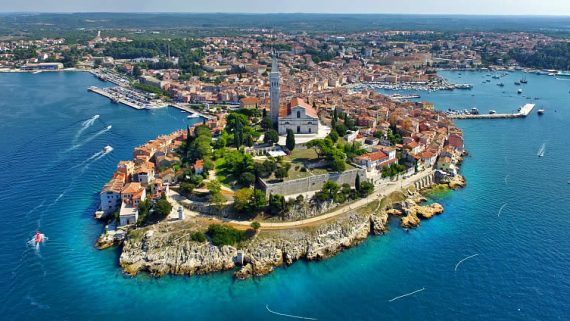 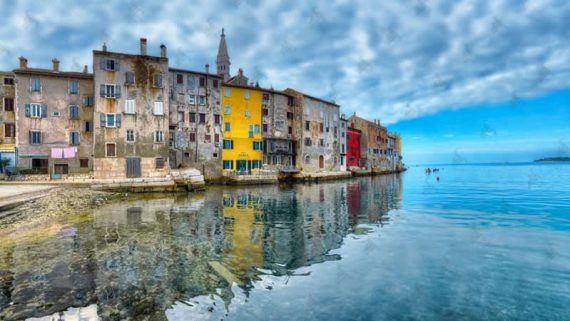 On the beautiful west coast of Istria, just underneath the Lim canal is the most romantic place in the Mediterranean! The town of Rovinj-Rovigno is the right destination for all of you who long for a sentimental atmosphere of the times long lost. Due to the lack of space, houses are closely built, streets are narrow and squares are small, still untouched by modern urbanism. 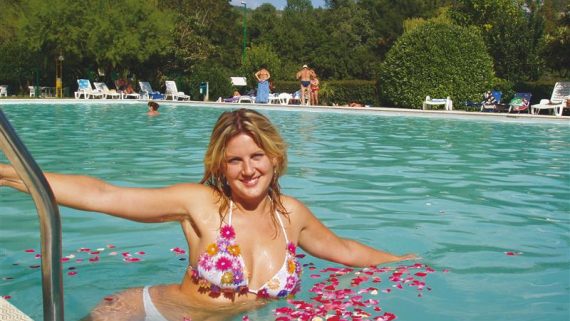 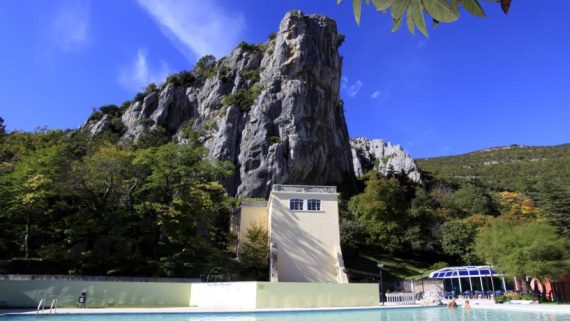 The Istrian thermal resort is situated on the northwest part of the peninsula Istria in Croatia. It is 35 km distant from Poreč, 10 km from Buzet, only 40 km far from the Italian border and 10 km from the Slovenian border. The Istrian thermal resort is settled in the untouched nature outside the city where greenery, quiet and peace offer a particular atmosphere for your perfect repose. 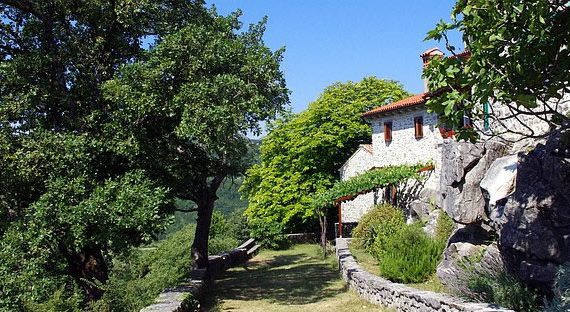 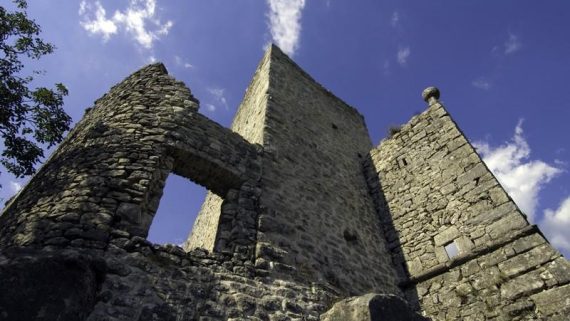 Boljun is an ancient town in the northeast of Istria, in the Lupoglav Municipality. It was built around the well-preserved medieval castle. The town has a wide view of the Boljunčica Valley and the Učka mountain range. From the 15th to the end of the 17th century this not a town, not a village place reached the peak of its development.There was a judge and town mayors, numerous altars were taken care of by fraternities, glagolithic script was used and taught. 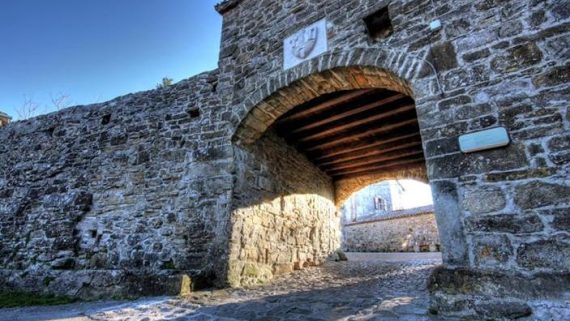 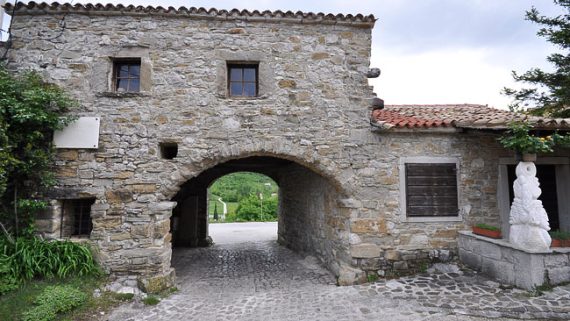 It was founded as Illyrian settlement, and has grown into a Roman castrum; In the Middle Ages transformed into a fortified citadel surrounded by walls with towers and large doors and small doors. During the 15th and 16th century Roc was the center of Croatian literacy, publishing and printing based on the oldest Slavic script, the Glagolitic alphabet. 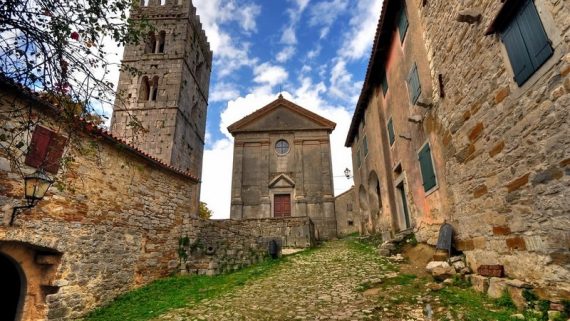 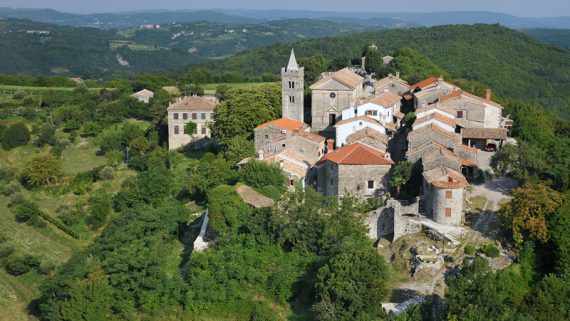 The Gates of the World. We enter the smallest town in the world. It was mentioned for the first time in 1102. Town walls protected the town from frequent intrusions of the Venetians and the Turks. On the west town gates are two Glagolitic writings. The gates will be again solemnly opened next year – the Town of Hum Day brings the new town patron «For a year». Hum lies 7 km from Roč. 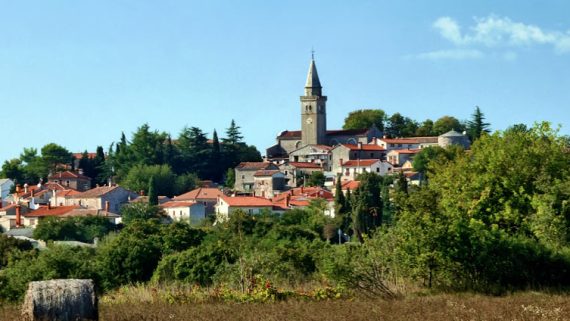 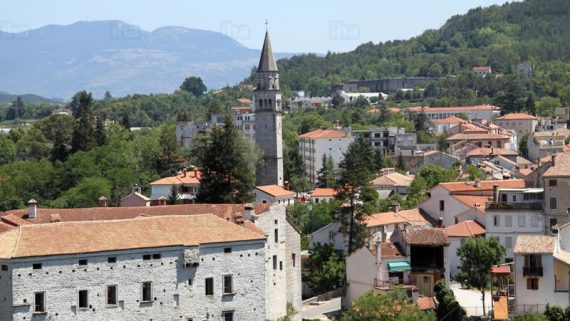 If all the roads in Europe lead to Rome, then all the roads in Istria lead to Žminj, the centre of Istria and the old intersection. On the sole cross-roads below the town there is Calvary from 1720. Žminj was the town of Pazin-Pisino County which was taken over by the Venetians only for a year in 1617. 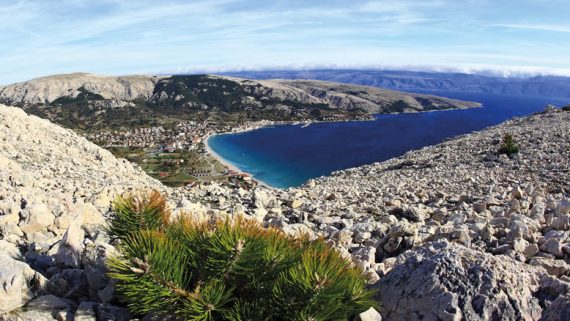 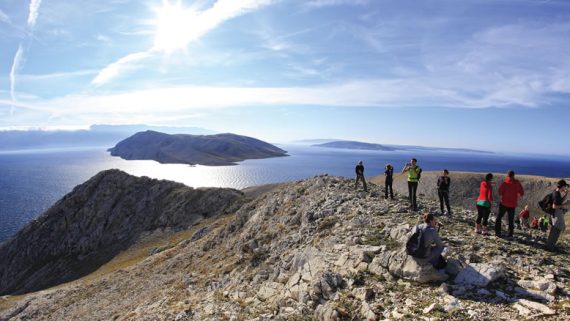 Among the 1185 Croatian islands, only one of them is the golden one, the Insula Aurea – the island of Krk. Located in the centre of the Kvarner bay, it is considered one of the most attractive tourist destinations. Its mild Mediterranean climate, good geographical position and variety of natural and cultural beauties gave it, even in ancient times, the name “golden island”. Its cultural heritage has given it another name – the cradle of Croatian culture, whilst at the beginning of the 20th century it gained the name the “sixth continent”.
The 45th parallel passes through the island, whilst its longest part is 38 km and its widest 20 km long. Its coast is around 190 km long. The closest mainland is only about a hundred metres away and its neighbouring islands are the islands of Cres, Goli and Rab; a few smaller islands also pertain to it (the largest being Plavnik, which has 17 km of coast, and the smaller Školjić with just 400 m of coast); it has an unusual and varied relief, climbing from the north-western part to the south-eastern part – from picturesque gentle coves and lagoons, along fertile fields and dense forests with sub-mediterranean vegetation, to the parts of bare limestone and real mountain landscape. On the island of Krk there are three streams and two lakes.